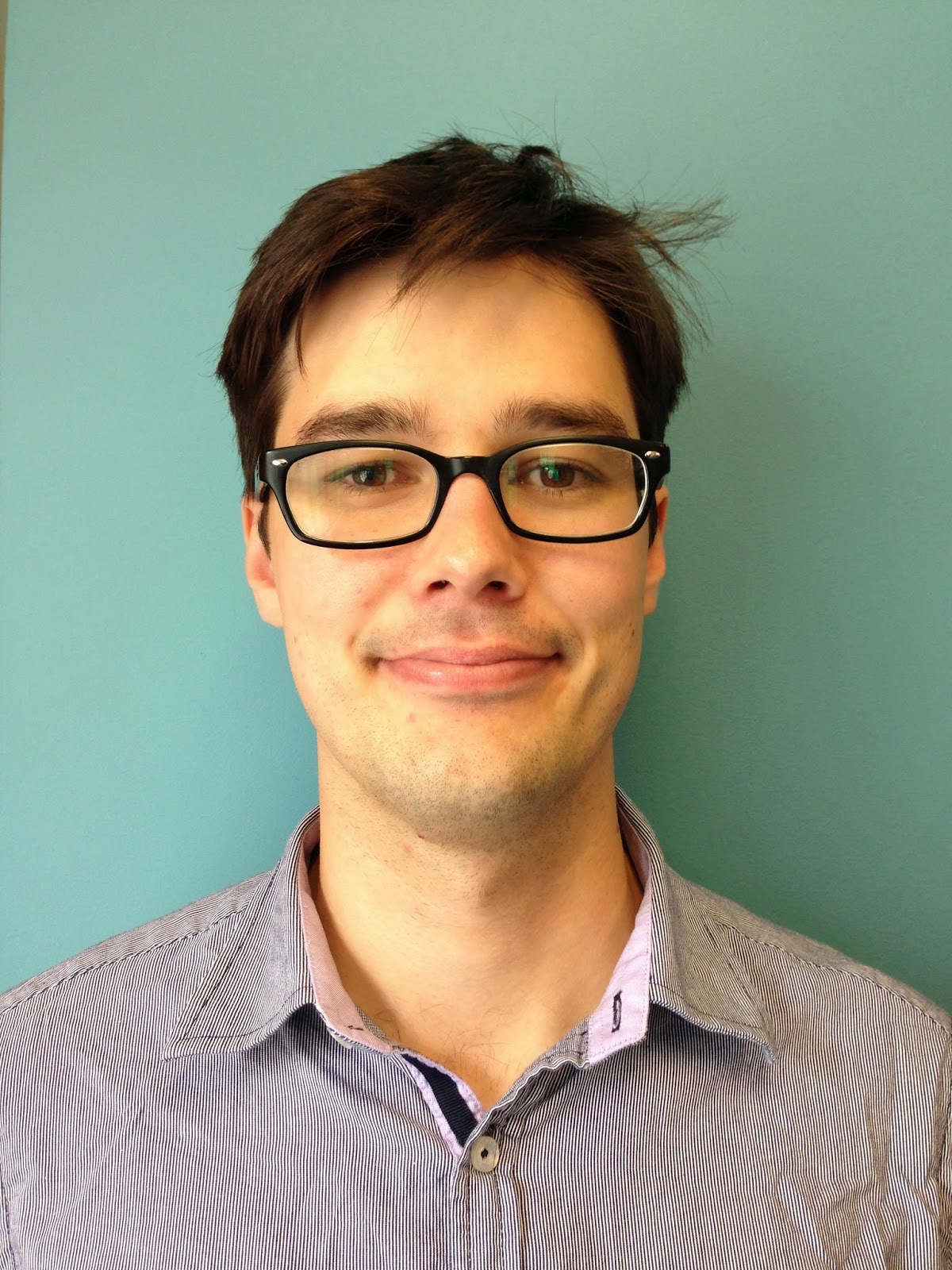 In the first post in this series I described climate change as a classic free-rider problem and I described the standard solution of government to these problems. Recognising how difficult this solution can be at a global level I then delved into some of the empirical literature on cooperation. In this post I want to discuss some insights from behavioural economics. I’ve got three topics in mind: energy-cost myopia, nudges, and defaults.

Tom is shopping for a car. He has narrowed his choice down to two alternatives: a Clunker and an Eco-car. The Eco-car is more economical and will save him $10,000 in fuel over the next 10 years but will cost $2,000 more than the Clunker. Tom decides to buy the Clunker. (This example is a modified version of an example from William Nordhaus’s book, The Climate Casino, pp.  267–71.)

Was Tom’s decision a bad decision? After all, it seems to make him worse off in the long run. But a dyed-in-the-wool neoclassical economist will argue that Tom has what economists call a high discount rate: he has a strong preference for current consumption rather than future consumption, and hence saving $2,000 now versus $10,000 over the next 10 years is actually in his best interest. According to the neoclassical economist, if Tom’s well-meaning father was to step in and somehow force Tom to buy the more expensive Eco-car, then Tom would be made worse off. In contrast to neoclassical theory, behavioural developments in economics suggest that for a whole host of reasons Tom’s decision could indeed make him worse off.

When people make bad decisions – and not just “bad for society” in the case of my visits to Makara, but bad for the individual – there are some ways for people to mitigate greenhouse gas emissions that don’t make them worse off. I will talk about some of the systematic errors that people make, discuss the particular example of energy-cost myopia, and then talk about how we can help people change these behaviours.

Where neoclassical economics assumes that we are very good at computing costs and benefits, taking into account the passing of time and the probabilities of various events occurring, insights in behavioural economics show that we often struggle to do these things and can make systematic errors of judgement. The literature on bounded rationality is vast and interesting – there are lots of different ways in which we make systematic errors. Examples include the way people look for patterns and read causality into random processes, and how people are much more likely to buy insurance immediately after an earthquake despite there being little change in the probability of a big earthquake striking.

Suppose, in our example above, Tom can borrow money cheaply by topping up his mortgage, say at a rate of 7 percent. For those of you versed in finance, you will know that it is easy to show that borrowing $2,000 at 7 percent to earn $10,000 over the next 10 years is a profitable investment – Tom can make himself unambiguously better off. However, Tom may just not consider this possibility when he buys his car, or he may not bother to perform the calculation. Moreover, the fuel savings he makes in the future are uncertain: among other things, they depend on what petrol will cost and how much Tom will drive; and how much Tom will get for the car if and when he sells it. This makes the calculation even more difficult – should Tom get out a spreadsheet, make a financial model of his investment and subject it to serious sensitivity analysis about future fuel prices and kilometres driven? With a 7 percent borrowing rate and a $10,000 expected return, if Tom did this he’ll probably find that only in very extreme scenarios will it make sense to buy the Clunker. But when he’s standing in the shop making his decision, will he think about it? Clearly a lot of us wouldn’t.

Figure 1 shows a number of European countries. For the countries on the left in light grey, the default is not to donate organs. That is, people must actively tick a box (or similar) saying that they would like to donate organs. These countries have low organ donations. For the countries on the right in black, the default is ‘presumed consent’. If you do not want to donate organs then you have to actively tick a box saying so. The differences between the ‘opt-in’ and ‘opt-out’ schemes are striking.
Very simple and costless changes in systems that do not seem to impact directly on people’s freedom to choose – after all, filling out a form is relatively easy – can have massive impacts on what people actually choose. Innovative ways of applying this to reducing greenhouse gas emissions could potentially achieve a lot at little cost if we made the default choice the low-emission choice. For example, if you want to offset your emissions with air travel, you currently have to opt in by checking a box. If we instead structured air fares so that the default is to pay for the emission offsetting, then the ‘default’ theory suggests people would be much more likely to pay to mitigate. Other examples that spring to mind include having plumbers install a water-conserving showerhead unless instructed otherwise, and having electricians install timers on hot water cylinders that heat water only during non-peak use times.

Influencing social norms through defaults might then encourage people to make changes in other areas of their lives. For example, it’s hard to think how we could design a form that made the default catching a bus instead of driving. But if defaults in other areas shift social norms towards a lower emission footprint, then perhaps this will have effects on other aspects of behaviour such as public transport use. Social norms for mitigation and observed low emissions behaviour can contribute to the virtuous circle of cooperation discussed earlier.

Defaults are an example of the more general concept of a ‘nudge’. This is a means of changing behaviour without affecting people’s freedom to choose and without putting obstacles in the way of their choices. An example of a nudge other than a default includes the order in which food is placed in a cafeteria. Neoclassical microeconomic theory predicts that people would not be affected by such nudges. There is a lot of evidence, however, that in some cases nudges can change behaviour. The upshot of nudges is that they can be cheap to implement and do not necessarily make people worse off. Nudges are also heavily marketed by the inventors of the term, Richard Thaler and Cass Sunstein, as being politically bipartisan – libertarians can support nudges since they don’t affect people’s freedom to choose, while paternalists can use nudges to get people to change their behaviour. On the other hand, nudges have been criticised for being temporary, having little effect, or requiring too great an information burden on government – after all, it is always difficult to know when people’s decisions are actually making them worse off or not.

This discussion leaves the following questions for further thought:

Effectively addressing climate change, as with any free-rider problem, is difficult. People’s tendencies to contribute at least a little to public goods and the existence of conditional co-operators makes solving these problems easier. Any policy that fosters social norms for low emission behaviour can build on this. However, not all mitigation activity faces a free-rider problem. Evidence from behavioural economics shows that we do not always act optimally in our own best interest, and for ‘irrational reasons’ we sometimes make bad decisions. As such, there are some ways we can reduce emissions at virtually no cost, and there is room for various non-price-based interventions.

For those of you who would like to read more about behavioural economics and its application to climate change, two of the best sources I’ve encountered are: the section in chapter 3 on behavioural economics and climate change in the IPCC Fifth Assessment Report (Kolstad et al. 2014: 64–68); and a paper called ‘The Role of Behavioural Economics in Energy and Climate Policy’ by Pollitt and Shaorshadze (2011). I would also recommend Allcott and Rogers (2012), whose paper looks at the long-run effects of behavioural interventions on energy.

If you are interested in behavioural economics more generally (rather than just its application to climate change), I'd recommend Dan Ariely’s free online Coursera course A Beginner’s Guide to Irrational Behavior . In recent years, several popular books have also been written on behavioural economics. Daniel Kahneman’s Thinking Fast and Slow (2013) has been especially well received. Finally, an excellent recent paper on time inconsistent preferences is Adams et al. (2014).

This post is adapted from a paper Judd wrote for the low-emission future dialogue group, which is part of Motu’s Low-Emission Future programme.