Note: The following article recently appeared on Carbon News, and has been cross-posted (with minor changes) with their permission. Arik Levinson spoke to audiences in Wellington in February 2015 as part of the Motu Public Policy Seminar Series, where his talk was co-hosted by the Institute for Governance and Policy Studies at Victoria University of Wellington. His presentation will be made available on Motu's website. To hear more from Arik Levinson, check out his recent interview on the Freakonomics podcast here.  His working paper "How Much Energy Do Building Energy Codes Really Save? Evidence from California" is available here. 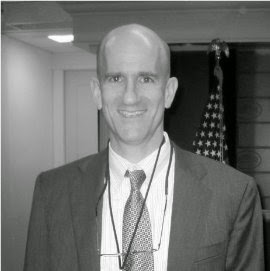 He told Carbon News that while it appeared that energy efficiency rules for new houses, imposed in California from the mid-70s, had cut electricity consumption, his research showed this wasn’t true.

“There is no evidence that homes constructed since California instituted its building energy codes use less electricity today than homes built before the codes came into effect,” he said.

After comparing energy usage between houses of different ages in different states, Levinson found that climatic and demographic differences were responsible for the fact that electricity usage in California is less than that of other states.

He says that he suspects that one of the reasons for the failing of the state’s energy-efficiency programme was that there was no price incentive to get consumers to use less energy; the occupants of energy-efficiency homes increased their consumption beyond what they needed because they could afford.

He also says that claims that energy efficiency regulations in California were working fail to take into account additionality; that is, energy efficiency improvements that would have happened without state legislation.

Levinson says that the only real way to decrease greenhouse-gas emissions is by pricing carbon.

“Climate change is an easy economic problem to solve, but it’s a hard political problem,” he said.

The United States had pioneered the use of pricing mechanisms on environmental issues in the 1990 Clean Air Act, which imposed a price on sulphur dioxide in order to reduce acid rain, he says.

It had failed, however, to do the same on climate change after the Senate failed to support the idea in 2010, leaving the country to fall back on a combination of direct action, such as energy efficiency rules, and regional cap-and-trade schemes such as that in California.

[While] New Zealand, on the other hand, might not have managed to introduce a carbon price which served as a real incentive for industry to cut emissions, it does, at least, have the architecture in place.

“Suppose five years from now the political climate changes and the planet realises the scientific evidence is overwhelming, and people realise that we really need to do something, You have the ability to change New Zealand’s public policy by tweaking the cap, or raising the tax,” he said.

“But if you had gone down the road like many countries by using a grab-bag of different policies, with different costs associated with them, it would be very difficult to ratchet the prices up.”