From Sea to Shining Sea: US Cap-and-trade Programs Showing Success on Both Coasts 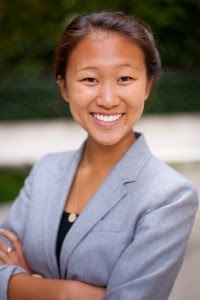 When the preliminary plans for California’s cap-and-trade program were first introduced in 2010, it was quickly regarded as a groundbreaking policy due to its stringency, size, and scope. California was the ninth largest economy in the world – it has now jumped to eighth – and the Golden State’s program would soon implement the first economy-wide cap on greenhouse gas pollution in the country. But, it was not the first cap-and-trade program in the United States. In fact, ten states in the northeast had implemented the Regional Greenhouse Gas Initiative (RGGI) in 2008. Like California’s program, the RGGI system places a mandatory cap on greenhouse gas emissions and sets a corresponding price on carbon, but covering only the electricity sector. Despite the difference in scope and location of these two programs, they are both demonstrating that carbon pricing through cap-and-trade is an effective way to decrease harmful greenhouse gas pollution while allowing the economy to grow.

A new report released this past Wednesday by the Acadia Center digs into the most recent data out of the RGGI system. According to the Acadia analysis, the RGGI states have decreased their emissions by 35 percent since the start of the program, while emissions from the 40 states unregulated by a cap only decreased by 12 percent over the same period. At the same time as emissions dropped, the RGGI state economies grew by 21 percent as compared to the non-capped states, which only saw an 18 percent growth in their economies. California has similarly been able to grow its economy impressively while implementing an aggressive cap on emissions. During the first year of the program, the Golden State moved from ninth to eight largest economy in the world, grew its GDP faster than the national average, and decreased capped emissions by four percent.

Like California, RGGI states also raise revenue from the sale of carbon allowances and a large portion of this revenue is reinvested in energy efficiency, renewable energy, and other programs that increase economic activity. Acadia reports that these programs will generate $1.73 billion in energy bill savings, which will create $2.76 billion in net economic gains and 28,500 job-years of employment over the first six years of the program. While it’s too soon to measure the economic effects of the reinvestment of cap-and-trade revenue in California, we’ve seen 374 projects funded to date, which will result in the reduction of over 2.6 million metric tons of greenhouse gas pollution in the state. This is equivalent to taking almost 550,000 passenger vehicles off of the road for an entire year. These investments include projects that are helping low-income households put solar panels on their rooftops and that give rebates to help families swap out their old, inefficient vehicles for electric ones.

The RGGI cap-and-trade program is not only benefitting the economies of the participating states, it is also improving the health of the region’s citizens. According to the Acadia report, emissions of sulfur dioxide and nitrogen oxides have decreased by 85 percent and 37 percent respectively since the start of the program. These two chemical compounds react in the air to form harmful pollutants that can cause asthma and increase susceptibility to other serious respiratory illnesses. The reduction of these pollutants, helped and incentivized by the RGGI program and other complementary policies, has prevented visits to the hospital, missed work days, and premature deaths, resulting in nearly $11 billion in health savings.

The results from the first six years of the RGGI program are impressive. We are now starting to see similar results on the other coast from California’s program, which was built from the foundation the RGGI states laid. Given the significantly larger scope of California’s cap and economy, the impacts of its climate policies are likely to follow these same encouraging trends but have an even broader reach. And with 40 countries and more than 20 cities, states, and provinces representing 22 percent of global emissions using or planning to implement carbon pricing, results like those gathered by the Acadia Center are showing that cap-and-trade regulations can achieve the necessary emissions reductions while giving businesses the flexibility needed to grow and spur innovation for a thriving economy.

This post first appeared on the Environmental Defense Fund blog California Dream 2.0 on 31 July 2015.
Posted by Catherine Leining at 16:27