Finding the best cure for a "hot air" hangover 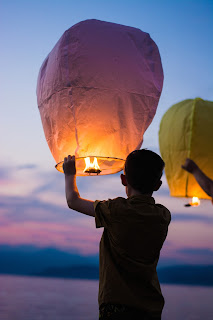 When it was introduced in 2008, the New Zealand Emissions Trading Scheme (NZ ETS) pioneered many design features. Among these was replacing the conventional ETS cap on emission units and constraint on offset credits with an unconstrained buy-and-sell linkage to the global cap set by the Kyoto Protocol. This gave participants the option to increase their own emissions while contributing to global mitigation by buying overseas Kyoto units if that was the most efficient outcome.  The history of why this policy choice was made and how it has impacted on the system’s outcomes alongside other design features and historical events is detailed in Motu’s new working paper entitled Lessons Learned from the New Zealand Emissions Trading Scheme.

A substantive report published this week from the Morgan Foundation (Climate Cheats) has brought fresh public attention to a longstanding and well-known problem: the use of “hot air” Emission Reduction Units (ERUs) to meet NZ ETS obligations as well as New Zealand’s Kyoto target over 2008-2012 (CP1). These units were legal tender by international agreement but most resulted from weak targets and economic downturn rather than “additional” mitigation investment. (For more background on this issue, see my earlier post.) Their use in the NZ ETS has contributed to a large participant-held bank of NZUs and a large government-held surplus of Assigned Amount Units (AAUs). The report recommends that the government: 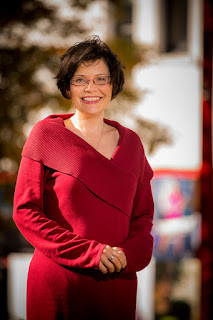 The third recommendation is excellent and essential to the sound operation of the NZ ETS in the future.  The flow of imported units has already been stopped by New Zealand’s exit from the Kyoto market in mid-2015.  Any future linking arrangements must have environmental credibility and New Zealand can be proactive in designing approaches to ensure this outcome.

The other two recommendations could have unfair outcomes and undermine market confidence in government rule making – a key requirement for future low-emission investment. As Suzi Kerr and I reported in our initial NZ ETS Review submission, there is merit to restoring a one-for-one unit obligation in all sectors with advance notice.  There is also merit to phasing out industrial free allocation when the risk of emission leakage is no longer significant.  Compensating for past unit import rules is not the appropriate rationale for either of these changes.

A more effective remedy to past use of “hot air” ERUs which both supports mitigation and maintains fairness and market confidence is for New Zealand to deepen its mitigation targets and implement an ambitious cap in the NZ ETS.

It’s true that the government could have produced a better environmental outcome in CP1 by banning “hot air” ERUs from the NZ ETS and channeling New Zealand mitigation investment to produce long-term mitigation dividends rather than short-term profits to countries with inflated targets.  It’s also true that more NZ ETS participants could have chosen not to buy “hot air” ERUs.  The facts remain that:

It is not clear to me whether the government’s decision to carry forward surplus AAUs conforms with agreed Kyoto Protocol rules which it has pledged to uphold. Setting negotiation politics aside, banking emission units should be encouraged, both domestically and internationally.  Banking encourages emitters to over-comply with targets, provides flexibility, improves ETS liquidity, and reduces emission price volatility. Both the government and NZ ETS participants are carrying forward a substantial emission liability for future harvesting, and banking units is in New Zealand’s strategic interest for managing that liability efficiently over time.  Cancelling the NZ AAU surplus would come at taxpayer expense, rather than at the expense of those who bought weak units.  Confiscating banked NZUs, or cancelling industrial free allocation as a proxy for doing so, would not be fair to NZ ETS participants and would seriously undermine both the system’s operation and participants’ trust in government rule making.

The outcome we need is an effective transition to a low-emission economy. We can’t regain the lost mitigation opportunities of the past by imposing potentially unfair and distorting measures on today’s NZ ETS participants and taxpayers.  Instead, we can take social responsibility for past decisions, acknowledge the flexibility gained from banking, and increase the ambition of our mitigation targets supported by an effective NZ ETS cap and sound linkages to other markets.

History shows us that an ETS is only as strong as its weakest link, and seemingly cheap options can come at a cost.  In this case, it may not work well to pay it back but there are good options to pay it forward.
Posted by Ceridwyn at 16:00