by Susan Livengood, Director of Partnerships for the Deep South National Science Challenge. 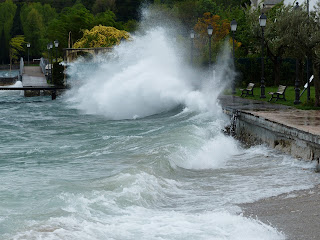 As New Zealand counts the cost of widespread flooding this month, a new report identifies key questions we need to answer to better prepare our coastal communities for climate change.

The Insurance, housing and climate adaptation report, commissioned by the Deep South National Science Challenge, highlights issues New Zealand may face as it grapples with “increasingly severe risks” for coastal housing – particularly sea level rise which is expected to exacerbate the frequency and impacts of flooding and storm surges.

It was hard not to think of this report as I drove along the Thames Coast Road in the wake of last week’s storms. Huge boulders lay on the road, pohutukawa trees ripped from the earth by landslides lay dying in the sea, and the splash of waves on the road reminded me just how susceptible to sea level rise this area is.

Coromandel’s coastal communities are used to flooding events.  As a child growing up in Coromandel in the 1980s, I remember the special bonus of a day off school when slips blocked the school bus route.  The break from school was short-lived - the slips were cleared and homes were repaired.  We are a resilient lot.  But what happens if bigger disruptions, like the ones at Edgecumbe and along Thames Coast, become the norm? 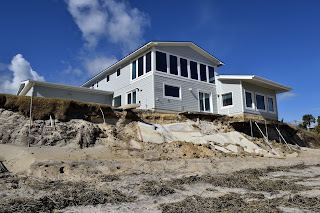 The world’s climate is changing and the changes are becoming increasingly clear to home owners, policy makers and industry, particularly the insurance industry. Readers of the New Zealand Herald awoke on Easter weekend to find a single headline dominating the front page: “Coastal Shake-Up: flooding forces overhaul of building rules”. In the article, Tim Grafton, chief executive of the Insurance Council, warned: “Clearly you don’t want to consent right on the seashore where the sea level rise might affect them in years to come, or in flood plains where there might be a high likelihood of flooding in the future.”

It is a warning falling on increasingly receptive ears. Tim Grafton was one of 25 experts brought together earlier this year by the Deep South Challenge to explore the issues associated with insurance, housing and climate adaptation. The experts – from industry, the research community and local and central government – were convened in a two-day “Deep South Dialogue” to tease out what we know, what we don’t know and what we need to know.  The Dialogue resulted in the report which is the subject of this blog.

The report talks about a time, sometime in the not-so-distant future, when big events – a one-in-100-year storm – instead happen every 10 years or even every year.  And questions who would pay for that damage. How will governments, insurance companies and banks evolve their practices, and how will the changes impact home owners’ choices and the security of their major investment over the next 50 years?

New Zealand’s coastal homes will face increasingly severe risks from climate change. The report draws the reader’s attention to the impacts of sea level rise – in the regions where the highest quality data is available, around 44,000 Kiwi homes lie less than 1.5m above the average spring high tide and almost 9,000 lie within 50cm. 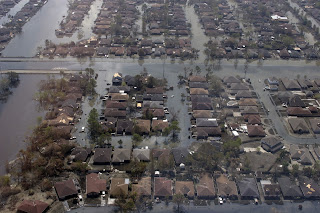 While we are familiar with television footage of home-owners sweeping out silt and diggers clearing roads, the report goes deeper than the impacts of floods on individual homes or roads. It highlights how climate change may challenge our existing insurance arrangements, the ones that currently protect us almost fully from the financial risk of climate-related hazards.

Based upon learnings overseas, the report notes: “when a risk becomes likely, insurers can decide that an area is uninsurable and withdraw insurance altogether.” Every New Zealander should probably be aware that “In areas recognised as especially vulnerable to climate change risks, there will be properties that become difficult to sell or insure. Homeowners could experience significant losses and displacement following a [single] disaster….or following a series of smaller events that accumulate to large losses.”

The report also highlights that climate change makes putting a price on weather “risk” difficult because climate change alters both the frequency and intensity of events – making historical data a less relevant benchmark. Interestingly, most of the recent global increase in coastal risk has come from urbanisation and economic development. But, as the rate of sea-level rise increases, the frequency and severity of floods and storms are expected to replace urbanisation and development as the primary driver of escalating coastal risks.

This squares with research commissioned by the Parliamentary Commissioner for the Environment who highlighted that with rising seas, king tides, storm surges and waves will reach further inland. This research demonstrated that even modest increases in sea level will dramatically increase the likely frequency of major events. For example, with 10cm of sea level rise, a 1-in-100 year storm surge in Wellington will become one in 20 years. Once sea level has risen by 30cm, a 1-in-100 year event is expected to become annual. 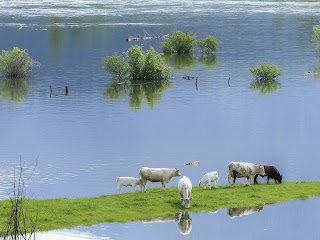 Climate change will mean difficult transitions. The report concludes that given the overlap between local and central government these transitions will require national coordination of local conversations, and multiple difficult decisions at the national, regional, and local levels. The report identified six research questions whose answers should make these conversations better informed (and are therefore priority research areas for the Deep South Challenge):


Back on the Thames Coast it’s sunny again. Diggers have cleared a massive slip that had blocked the road and the residents are even friendlier than normal – it’s amazing what an in-your-face disaster can bring out of people. The challenge will be to maintain a sense of goodwill as the slowly unfolding impacts of a changing climate evolve and become clearer. This gets to heart of the Deep South Challenge’s mission: to enable New Zealanders to adapt, manage risk, and thrive in a changing climate.