Restoring confidence in the NZ ETS 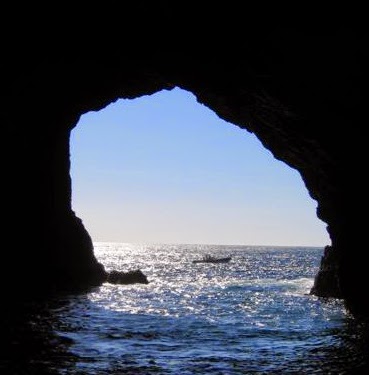 In the wake of releasing Budget 2014 on 15 May 2014, the New Zealand Government introduced the Climate Change Response (Unit Restriction) Amendment Bill directed at preventing “reregistration arbitrage” by post-1989 forestry participants in the New Zealand Emissions Trading Scheme (NZ ETS) (New Zealand Government 2014). The immediate passage of the Bill with effect from 16 May 2014 provoked strong protests and has implications for the future operation of the scheme. This situation highlights how a loss of confidence in Government rulemaking can weaken economic incentives for sound investment decisions.

The goal of the NZ ETS is to assist New Zealand to meet its international climate change obligations and reduce its net greenhouse gas emissions below business-as-usual levels. By exposing the economy to a price on emissions, the scheme was intended to incentivise cost-efficient emission reductions and influence investment decisions, especially in long-lived capital and land use. This would help avoid locking the economy into an emissions-intensive development pathway vulnerable to rising international carbon prices and stranded assets. The scheme was linked to international emission prices by allowing the use of both domestic New Zealand Units (NZUs) and overseas Kyoto units to meet obligations.

For the NZ ETS to be successful, the price on emissions needs to be expected to remain high enough for long enough to shift investment decisions. For units to be valued by the market and generate a price signal, participants need to face a limited supply of emission units which is underpinned by confidence in the rules governing the use of emission units.

In 2012, the Government decided first to not set a quantity limit on the surrender of Kyoto units and then to delink from the Kyoto market by not taking a 2020 commitment under the Kyoto Protocol. In the context of falling international carbon prices, this created a significant price divergence between NZUs and Kyoto units – and a valuable arbitrage opportunity for all NZ ETS participants receiving NZUs.

Post-1989 foresters, who could enter and exit the scheme voluntarily, had the greatest arbitrage opportunity. Post-1989 foresters who had claimed credit for eligible sequestration any time after 2008 could deregister their forests and clear their future liabilities with low-cost Kyoto units, and then reregister their forests to receive more NZUs for sequestration. Because units were issued on the basis of stock changes over a multi-year reporting period, the Government identified the potential for foresters to reregister multiple times within a period or even a calendar year. They could repeatedly obtain NZUs for the same carbon stocks, return Kyoto units to the Government and pocket the difference when they sold their NZUs.

Take-up of this sunset opportunity was significant and overt. As reported in the New Zealand Emission Unit Register, imports of Kyoto ERUs and CERs increased six-fold from 2011 to 2012, and a further three-fold from 2012 to 2013. According to the Government’s Regulatory Impact Statement, (MfE and MPI 2014), in the 2012 compliance year, 97% of emissions liabilities across sectors were met using Kyoto units, compared to 5% in 2010. It also reported, “From June to December 2013, the Ministry of Primary Industries (MPI) received 550 applications to deregister land from the ETS (representing approximately 40% of post-1989 forest land area in the ETS). 208 of these have subsequently applied to re-register.”

Some of the deregistering foresters may have chosen to exit the scheme permanently rather than engage in arbitrage. Some may have decided that the costs of remaining in the scheme and bearing future liabilities exceeded the benefits. Participants may also have left for other reasons.

Arbitrage by any NZU recipients came at an apparent fiscal cost to the Government because it valued the NZUs it issued at a higher market price than that of the Kyoto units surrendered in return. There was also a longer-term fiscal risk because the Government does not yet know under international rules if it will be able to use its surplus Kyoto units to help meet its international emission reduction pledge through 2020. If the Kyoto units surrendered now by post-1989 foresters to pre-pay their future emission liabilities are not recognised under international rules for the period from 2013 to 2020+, then the international cost of those emissions when they actually occur will fall to taxpayers. The unit carry-over issue for Kyoto Parties that are outside of the second Kyoto commitment period (including New Zealand) has not yet been decided in the negotiations, and is fraught because unlimited use of surplus units could undermine stabilising emissions. Macey (2014) presents an insightful analysis of New Zealand’s current position in the international negotiations.

The Government could have responded proactively to contain the risks to taxpayers and the domestic carbon market in consultation with NZ ETS participants when this problem was first identified. Instead, the Government waited and then acted abruptly and unexpectedly to block only the part of the arbitrage opportunity relating to reregistration by post-1989 foresters. The amendment required post-1989 foresters deregistering from the NZ ETS to surrender only NZUs to meet associated liabilities. Through May 2015, post-1989 foresters can continue meeting their harvesting and deforestation liabilities using either NZUs or Kyoto units. They can sell any holdings of Kyoto units domestically or overseas (although market demand is increasingly limited). Over 2014/15 and 2015/16, the amendment was projected to save the Government from NZ$38.5m to NZ$231m (MfE and MPI 2014).

Stakeholders directed strong criticism toward the Government on several grounds.

First, the amendment was passed quickly without public consultation and immediately devalued some past private investments in Kyoto units. Those investments had been made under the previous rules with the expectation that proposed rule changes would entail advance notification and consultation. The Government’s rationale was avoiding an acceleration of reregistration arbitrage between announcement and passage of the Bill.

Second, the amendment targeted only one subsector while arbitrage at taxpayer expense was widespread. It also impacted on those post-1989 foresters seeking to exit the NZ ETS just as much as those engaging in reregistration arbitrage.

Third, the amendment did not restore a meaningful price on emissions or reduce price uncertainty to influence investment decisions. This threatens to leave the New Zealand economy exposed to future global carbon constraints and stranded assets.

While the Government had clear fiscal grounds for its action, the approach it took has undermined confidence in its rulemaking and the value of property rights under the NZ ETS.

The fundamental purpose and architecture of the NZ ETS remain sound. The current problems result largely from failures to adapt the scheme efficiently to changing conditions, follow a consultative process when changing Government rules impacting on private investments, and demonstrate clear and reliable policy commitment to a rising long-term domestic price on emissions. These problems are exacerbated by ongoing uncertainty and low ambition in the international climate change negotiations.

The remaining arbitrage opportunity will pass away by May 2015. The effects of ongoing policy uncertainty on the value of property rights and incentives to invest under the NZ ETS will persist. The Government will need to work hard to regain its credibility as a trustworthy market administrator. Engaging in inclusive consultative processes to shape the country’s future climate change mitigation pathway and provide longer-term policy certainty on emission pricing with cross-party support would help to restore public trust and stimulate the kind of investments that will prepare New Zealand to compete effectively in a global low-emission future.


Posted by Catherine Leining at 20:53