The climate may be changing in climate change


This piece, by political analyst Colin James, originally appeared in the Otago Daily Times on 14 April 2015. It is also available for download on Colin's own blog, http://www.colinjames.co.nz/the-climate-may-be-changing-in-climate-change/. 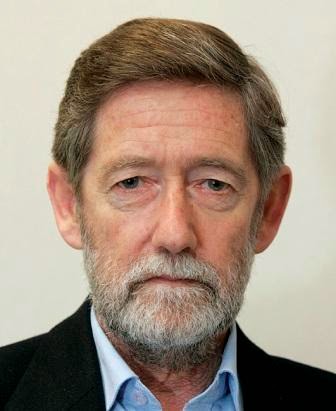 That collaboration exemplifies Te Papa chief executive Rick Ellis's entrepreneurship. Ellis is developing non-jingo projects to project unique aspects of our culture and identity, including the bicultural accommodation, with events and collaborations here and abroad.

Gallipoli did not forge that identity and culture. We were still empire then. Gallipoli just told us Britain could get things wrong for us. More next week.

Meanwhile, a word on an international interaction in which many think that, unlike at Gallipoli, we do not do our full bit.

On Friday Tim Groser released the greenhouse gas (GHG) emissions inventory, showing a 23.1 per cent rise from 1990 to 2013, only partly due to the rise in population. A small fall in 2013 was the result of varying hydroelectricity lake levels and consequential recourse to thermal generation.

Per capita emissions remain the fifth highest in the rich world.

We will meet our 2020 target of a 5 per cent cut in net emissions from 1990 only because we have a lot of trees which absorb carbon dioxide.

The bad news is that trees are being cut down faster than new plantings. Plantings have collapsed because slack rules for the emissions trading scheme (ETS) -- two-for-one allocations to lighten big emitters' burden coupled with near-open slather for purchases of foreign units, many of dubious climate-reducing quality -- have generated such a low "carbon price" (around $6 a tonne) that foresters see no point in planting. They need about $15.

When the big 1990s plantings are cut down in the 2020s, total forests will be too small to offset emissions from agriculture, industry, oil, coal, transport and daily living.

That complicates the "intended nationally determined contribution" (INDC) -- which sets a target for emissions reductions by 2030 -- to be tabled midyear in the United Nations (UN) climate change negotiations. There will be public consultation on a draft but the timeframe will be short. The cabinet will set timeframes in about three weeks.

The INDC has to be tabled well ahead of the December summit in Paris at which a deal is supposed to be reached on nation-by-nation action to cut emissions during the 2020s.

The UN asked countries to table the INDCs by March. Only China, the European Union, Mexico, Norway, Switzerland and the United States did. They set different targets and target dates, ways of getting there and explanations and justifications, with in some cases intentions to do better if others do.

After tabling the INDC Groser will be packing for a diplomatic life in Washington, though he is expected by summit host France to play his usual active -- arguably consummate -- facilitative role in talks leading up to and at the summit.

So far ministers have mixed defensive assertiveness and assertive defensiveness in climate change policy: little can be done about animal methane, the world needs food and we are highly GHG-efficient; we already have a very high percentage of renewable-generated electricity; we have the ETS; we are doing research; and we are helping in the South Pacific. That is, we are doing our "fair share", given our constraints.

There is a stronger story to tell.

Agricultural emissions per unit of output have fallen -- in dairy by 25 per cent since 1990. We can take that efficiency expertise abroad and are doing in the Chile. Higher protein consumption lifts individual economic potential in middling and poor economies.

We could greatly expand renewable electricity for transport (some ministers are interested) and low-grade heat for buildings. We could plant lots of trees, do more to drive energy efficiency in industry and buildings and fix the ETS, on which a discussion document is due soon.

None need be at the economically crippling cost the cabinet fears.

Why bother? We all know the UN talks are a roundabout and the INDCs' actions will not go near containing warming to the targeted 2 degrees.

One: we trade on being a model global citizen. Two: there is a real possibility the Paris summit will, through "bottom-up" INDCs and "top-down" agreement on accounting and other rules, set a framework for future negotiations.

If so, then the next summit (say, 2025) will be an upgrade of 2015 to fit new realities and capacities, including already rapid technological advances, not the past five years squabble over fundamentals.

Incremental change doesn't give scope for jingoism. But it might enable a future cabinet to be more inventive.