Reflections on the international climate negotiations

Chris Bean observed the 2014 round of the UN climate negotiations in Lima as part of the NZ Youth Delegation, a volunteer organisation that brings youth closer to the negotiations.

Having studied climate change for part of my undergraduate degree, going into the negotiations as an observer I thought I had a pretty solid handle on things. Well, it turns out that humble pie became a staple at the negotiations. I had the privilege of attending the UN climate negotiation round as part of the NZ Youth Delegation in December 2014 and this blog covers some personal experiences that defined the negotiations for me, as well as some observations of the broader process and what’s coming next on my journey with climate change.

Confusion was the overwhelming feeling during the initial days of the negotiations. Forget solving climate change for now – it took me two days to figure out how to use the scheduling system. Embarrassing! After talking to some more experienced people at the negotiations, I learned this was not unusual and that it takes multiple rounds of negotiations to really get one’s head around what is going on. I have overwhelming respect for everyone involved in the negotiations, especially the negotiators and UN staff who have dedicated their lives to this work, as well as the youth driven to follow the negotiations year after year to push for outcomes that affect us all. 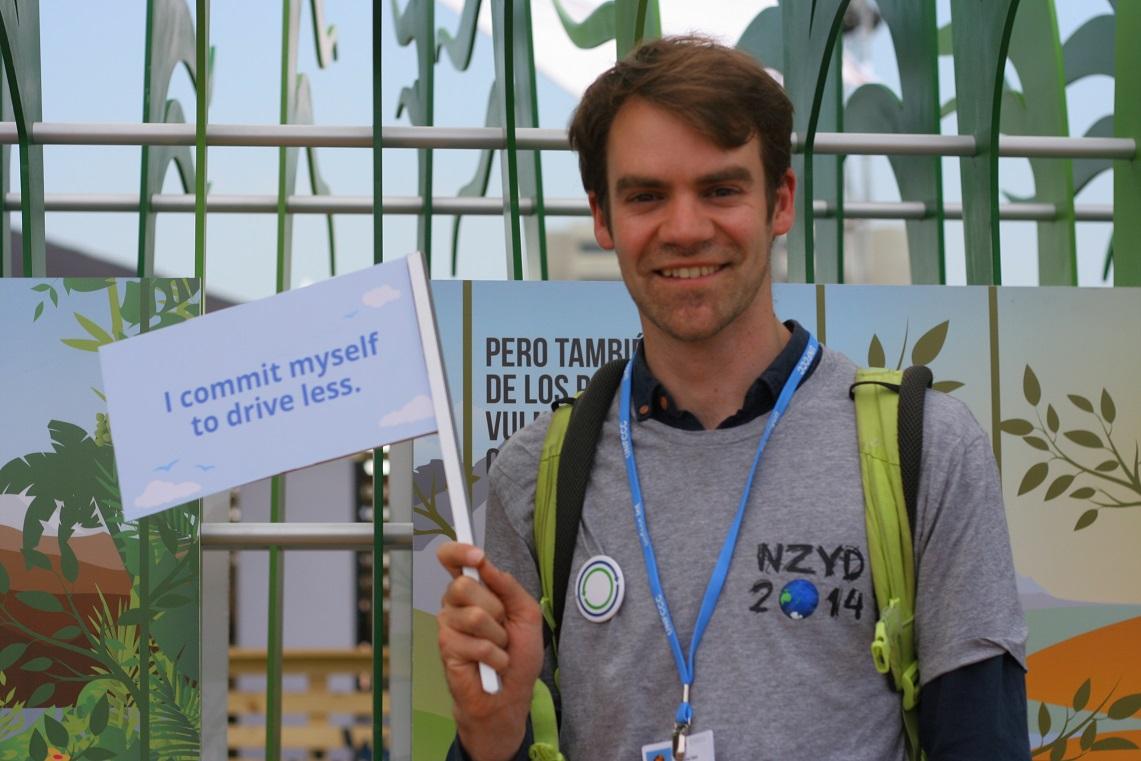 Being present at the negotiations allowed me to make some observations of the broader process. The UN body that runs the negotiations (the UNFCCC) has the ultimate objective to “prevent dangerous anthropogenic interference with the climate system,” and yet the negotiations seemed to be working at a very different level when compared to that objective. In a negotiation session I observed, one negotiator requested that the chair bring the diverse views together, and the chair in response suggested that they should bring themselves together. This event led me to think about the facilitation tools that chairs had, and to what extent their role influences the negotiations.

In addition, while I am delighted that civil society has opportunities to speak directly to government negotiators, this typically happened at the end of a long plenary session when tired negotiators were walking out of the room. I wish there was a greater opportunity for conversations between governments and civil society on the international stage.

I was also struck by the gulf between governments and civil society at the negotiations and this was exemplified by the completely different conversations in each space. For example, while civil society was discussing what a good climate agreement might look like, governments spent two days arguing over whether the text being negotiated should appear on the projector screens or not. Perhaps this trivial-looking argument was really about underlying issues being played out.

More broadly, it is tempting for me to want to view climate change as an issue caused principally by our choices of energy source and land use. In this light it seems comparatively manageable. Yet the reality of the negotiations is that they often bog down in debates about issues that affect but extend beyond climate change, such as contemporary politics and historical inequalities, and the text-on-screen saga mentioned above is just one instance where seemingly simple issues get blown out. I wonder how the conversations at the UNFCCC can directly address climate change more effectively, while linking in with other initiatives working on global inequalities such as the Sustainable Development Goals. Food for thought.

On another front, I enjoyed interacting with Kiwis at the negotiations, and when the Hon Tim Groser, Minister Responsible for Climate Change Issues, attended the final days of the negotiations I jumped at the opportunity to see him in person. After almost choking on my words, I took the opportunity to speak and I was proud of myself for saying to the Minister what I felt rather than simply bombarding him with facts and figures. Another member of the NZ Youth Delegation handed the Minister a bouquet along with the phrase “Sorry for your loss of ambition.” I’m not sure anyone quite knew how to react to that!

Looking forward to the next negotiating round in Paris in 2015, I’m hopeful for a post-2020 climate agreement being signed, without losing sight of the fact that this work on climate change is far from concluding there. I’m also looking beyond the UNFCCC and I am proud of the climate change movement, including youth, civil society and progressive governments, and what they can collectively build together. The climate negotiations inspire me to continue learning, both to contribute to solutions here and now, and also because climate change is truly a fascinating issue in its own right.

To conclude, I would like to take this opportunity to say thank you to the NZ Youth Delegation and everyone else that has been a part of my journey to Lima and supported me on it. I have recently chosen to apply my skills and experience in a new role on climate change in the public sector. I’m looking forward to approaching the issues from the perspective of a public servant; however, as a result my role in the NZ Youth Delegation and other climate advocacy groups will reduce. While I'm sad about this because of how much I enjoyed my volunteering experiences, I'm also looking forward to the challenges and learning that will come with this new work on climate change.
Posted by Unknown at 12:18