Ontario on a Tear with its New Climate Proposal


By Derek Walker, Associate Vice President of the Environmental Defense Fund. Cross-posted from the EDF with permission. View the original post here. 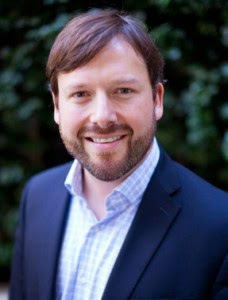 Once upon a time, an international agreement forged through the United Nations Framework Convention on Climate Change (UNFCCC) seemed the surest route to meaningful action on climate change. But the complexities of reaching common ground between nearly 200 distinct national agendas have dimmed the hopes for the sort of “global deal” envisioned in the run-up to the Copenhagen conference in 2009. The UN process has provided a platform for countries to make new emission reduction commitments: Mexico recently announced a promising post-2020 climate commitment, and the US-China announcement last November was a game-changer. Even these critical breakthroughs, however, demonstrate that strong action on climate will be driven from the “bottom up” by national policies, not from the “top down” by an international treaty.

Thankfully, many leaders are blazing a path towards climate progress, working from the ground up and collaborating with others to foster collective action. As I have previously written, cities, states, and provinces are going ahead with some of the most substantial climate commitments to date. Ontario – Canada’s largest province, with 40 percent of the country’s population and nearly one-quarter of its greenhouse gas emissions – has become the latest jurisdiction to chart an ambitious path forward with this morning’s announcement of a comprehensive cap-and-trade program intended to ultimately link with the existing California-Quebec system.

Ontario’s announcement is significant for a number of reasons. First, cap-and-trade will help Ontario meet bold 2020 and 2050 goals for cutting greenhouse gas pollution, which stand at 15 percent below and 80 percent below 1990 levels, respectively. Second, the news is a compelling curtain raiser for the high-profile Premiers Climate Change Summit in Quebec City, which begins on Tuesday [14 April 2015] and is meant to showcase opportunities for provinces to take individual and collective climate action. Finally, Ontario is poised to build on and leverage cap-and-trade successes from elsewhere, most notably California, where the two-year old program has helped cut pollution and grow the economy.

Ontario envisions a system that, much like California’s, will cover the vast majority of major polluters and reinvest all revenue from allowance auctions into projects that cut pollution while stimulating the province’s low-carbon economy. California has helped chart Ontario’s path by deploying an investment plan that delivers multiple benefits (not just lower greenhouse gas emissions) across the state, targets money to disadvantaged communities, and fosters job and economic growth in several sectors of the economy. Another useful antecedent is the Regional Greenhouse Gas Initiative (RGGI), where an Analysis Group study [PDF] documenting the first three years of the program showed that roughly $900 million in auction revenue investments produced over $1.6 billion in net benefits.

Ontario’s leadership is critical for its own sake, but the prospective opportunity to join California and Quebec could be particularly transformational. A union between the largest single economies in the U.S. and Canada sends an unambiguous message to the respective national governments: the benefits of climate action are clear, and it’s time to act. A joint cap-and-trade market between California, Quebec, and Ontario would also create broader incentives for low-carbon innovation and give businesses the opportunity to seek out lower-cost opportunities to cut pollution. What’s more, Ontario could leverage the administrative and operational efficiency of the Western Climate Initiative, Inc., (WCI), the non-profit organization that provides technical support and governance to the linked California-Quebec system.

The climate talks in Paris at year’s end are likely to yield incremental progress rather than a breakthrough. But national and subnational leaders are not standing still. Palpable momentum and progress can now be seen in every corner of the globe. From California to China to Canada, the arc of climate action is bending towards capping and pricing carbon as a foundational policy tool for achieving that progress.
Posted by Unknown at 10:21