A call for ideas on the kind of a low-emission future we want, and actions we can take to make it happen

This is an open letter by nine authors participating in Motu's Low-Emission Future Dialogue. It originally appeared on interest.co.nz, here, and has been cross-posted with permission.

Dealing with climate change is difficult, there is no denying that.

Thankfully as a nation we have moved past denying climate change itself. Now we are debating the best way to deal with it. That much is progress.

The contributors to this article are part of a group of people that meets regularly to discuss climate change and how we might deal with it as businesses, academics, non-government organisations and individuals. 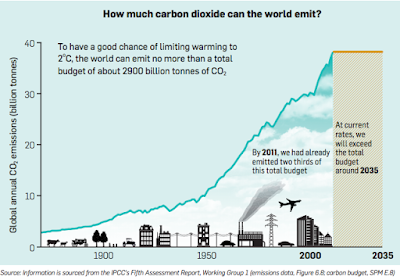 We don’t always agree on what needs to be done, but we do agree that climate change is a huge issue that will shape the future of our nation.

Our businesses need stable policy in order to make the long-term investments that are required to shift us to a low-carbon society.

The Government has launched a four week consultation on the commitments it will take to the next UN climate summit in Paris this November, including a post-2020 greenhouse gas emissions target. This is the first time the Government has discussed climate change policies with the public in six years. We believe a topic this important needs a much bigger conversation.

‘Doing our bit’ internationally means weaning ourselves off fossil fuels this century.

Reducing carbon dioxide emissions is the priority – emission sources like the methane from cows are different and need to be reduced, but not all the way to zero. It is not enough to say New Zealand is unique – we can do a lot better than we are doing now, and all sectors of the economy can play a part.

We need cross-party agreement on a clear long-term direction and policy mix. This is important to guide effective investment decisions by central and local government, businesses and the public. Forestry investors in particular have been burnt by the use of climate change as a political football.

Thus far our policy response has been largely limited to the Emissions Trading Scheme, yet even the potency of this tool has been blunted. We need broader action to reduce emissions while supporting a high quality of life for all, and this means starting to rethink how we live, travel, work, and build our cities.

The transformation to a zero carbon economy is a challenge but it is achievable, and it presents economic opportunities. The required technologies (such as renewable generation and electric vehicles) are getting cheaper and taking a position of leadership could make New Zealand an innovation hub. This would require little more effort from government than is currently being handed to mining and oil and gas exploration.

On the other side of the ledger, there are risks from doing nothing. Major emitters including the US and China are taking action, and failing to do enough is a risk to New Zealand’s international brand and ultimately our export markets. It isn’t enough to hide behind our good base of renewable electricity generation, or the fact that a large chunk of our emissions are from livestock. Getting to zero net CO2 emissions means taking decisive action on transport, urban planning, forestry and other land use, smart grid management and the generation of industrial heat. We need to make sure our businesses are ready to thrive in a future without fossil fuel, without unduly hampering them in the present.

Whatever emissions targets the Government ends up committing to in Paris, we need a credible national strategy for how we can achieve them and an agreed set of immediate actions. Without a pathway, targets are just empty numbers. We can’t continue to puff up our existing achievements and investments while our emissions rise. There is only so long our international reputation could survive that sort of damage.

Climate change isn’t going away. New Zealand will eventually need to move to a position of zero net CO2 emissions, or face international repercussions. The only question is whether we start to plan for it now and make the necessary long-term investments, or wait until change is painfully forced upon us by our international trade partners. There is no doubt that the first option will be both cheaper and better in the long run.

We hope that this brief consultation on Aotearoa New Zealand’s 2030 target will spark a more substantial national conversation.

We need to talk about what kind of a low-emission future we want to create for future generations of Kiwis and what actions we can all take to make it happen.