New Zealand’s 2030 climate change target: We can do better 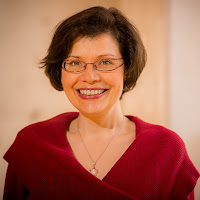 On 7 July 2015, the New Zealand government tabled its Intended Nationally Determined Contribution (INDC) to global mitigation effort for the period post-2020.  It has pledged an emission reduction target of 30% below 2005 levels by 2030 (equivalent to 11% below 1990 levels by 2030), contingent on the rules for land-sector accounting and access to carbon markets.

The government has not yet specified an emission budget for the period from 2021 through 2030.

New Zealand’s proposal falls short of the global ambition needed to deliver the agreed two-degree temperature goal at least cost: countries should reduce their emissions by 40-70% below 2010 levels by 2050 on the way to a zero-net-emission global economy by the end of the century.  It also falls short of the targets recommended by a strong majority of submitters during the government’s recent consultation process (as shown in the summary of submissions).

The proposal falls within the target range which the government had pledged conditionally in Copenhagen in 2009 – a reduction of 10-20% below 1990 levels by 2020 – but a decade appears to have slipped through the cracks.  The government’s rationale is that because we already have a high level of renewable electricity generation and biological emissions from agriculture contribute to almost half of our emission profile, we lack cost-effective domestic mitigation opportunities.

Ironically, the government’s announcement occurred on the same day when the Global Commission on the Economy and Climate released its latest report identifying ten key opportunities for climate action that would generate economic benefits and deliver up to 96% of the global emission reductions needed by 2030 to keep the world on a two-degree pathway.  The list is practical, energising and relevant to New Zealand:
These recommendations highlight the shortcomings of the government’s announcement.

What’s missing from the government’s INDC is a firm commitment backed by policy to decarbonise the New Zealand economy in line with global effort to limit temperature rises below two degrees.

What’s missing is a bold call for collaboration across government, business and civil society to deliver transformational low-carbon innovation with broader benefits for our economy, and to help other countries to do the same.

Instead, the announcement suggests heavy reliance on overseas carbon markets until technology improvements in agriculture and transport become more widely available sometime after 2030.  It provides no policy direction to inspire and guide business investment.  It also fails to address the significant increase in net forestry emissions projected during the target period.

According to the Ministry for the Environment, compliance with New Zealand’s 2020 target will be achieved with “no change to existing policy settings” and “at no additional costs on households, businesses or government” primarily through forestry activities and surplus units acquired through the carbon market.  However, this continuation of business as usual domestically through and beyond 2030 will not prepare the New Zealand economy to thrive competitively under increasingly stringent global carbon constraints.

While the INDC defines the lowest level of commitment the government is prepared to make, it fortunately does not limit what we can actually do as a country.  The government has pledged further consultation on its longer-term mitigation policies.  Hopefully, this INDC can be used as the launching point for more in-depth, cross-stakeholder discussions on why and how New Zealand should shift strategically toward a low-emission economy.
Posted by Catherine Leining at 15:48