The virtue of sunlight 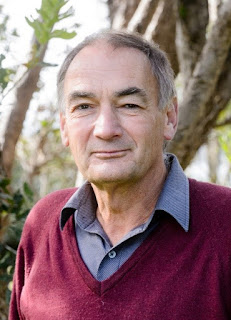 Among the many challenges climate change policy in New Zealand faces is knowing the costs and benefits of alternative pathways to a low carbon economy. The need to contribute a fair share of the international effort on climate mitigation adds a dimension that will be at the fore during the Paris climate conference in December (COP 21).

Many factors can be taken into account in assessing transitions and contributions, but economic analysis and modelling (e.g. of mitigation potential, effects on households, on sectors, on GDP) are essential.

The New Zealand Treasury advocates a simple burden-sharing principle for the international contribution: equal percentage GDP costs. In the government’s consultation preceding the announcement of the 2030 target and “INDC” (the international contribution) there were assertions about the relative cost of our contribution against those of the US and the EU. But neither these assertions nor the absolute cost figures were accompanied by any information with which to verify them. The full set of assumptions was not shown. Any benefits were excluded from the calculations. There was also a curious and unexplained decision to exclude forestry and agriculture from the figures (see below).

Both the domestic and international dimensions need analysis. We can’t expect other countries to accept our assessment of relative ambition (“fair share”) if we don’t let them see how we got to our figures. No more than we can expect domestic stakeholders to accept uncritically government assertions of what is or is not affordable. What’s called for is no more than the equivalent of the academic requirement to back up research findings by references to source data.

The critical importance of such information is hard to reconcile with the current parsimonious approach to releasing it. The modelling behind the 2030 target was not initially released, and then was only drip-fed out in response to OIA requests. Further, there has been a reluctance to simply put the OIA releases on websites (an honourable exception should be made for the Treasury here, with its current trial of simply putting all OIA releases in one place on their website).

Reluctance to share information isn’t confined to climate change.  Another example is the Trans Pacific Partnership (TPP). On the USTR (US Trade Representative) website you find, chapter by chapter, a succinct account of what is in the TPP, what the US wants to achieve, and, in some cases, what progress has already been made. Most of this is unexceptionable, and corresponds to New Zealand’s interests. Questions could be asked about a few chapters – pharmaceuticals and dispute settlement for example. Yet turning to the MFAT website, we find a page of general advocacy of free trade agreements, with assertions about the importance of our trading partners in the region but almost nothing specific about our objectives under the various chapters. There is no equivalent chapter by chapter summary.

In the case of TPP, the consequence of this information deficit is the public stage being occupied by those ideologically opposed to such agreements, together with those whose understandable concerns (e.g. the price of medicines, investor-state dispute settlement) receive only dismissive answers from ministers and who hence tend to assume the worst. The US example shows it is possible to be far more transparent without giving away negotiating bottom lines.

What is intriguing in the case of climate change is that the secrecy does not appear to be driven by ministers. It is coming from government officials, but the motivation for this approach is puzzling. It borders on the paranoid in the land sector, especially forestry.  There is an odd view about that somehow New Zealand’s negotiating position is compromised if, for example, the costs of different sets of forestry accounting rules are made public. This is nonsense and suggests a poor understanding of multilateral negotiations.

Australia, despite the instability of its climate change policy has been a whole lot better than New Zealand in trusting its population with information. Extensive modelling was released on the Australian Treasury website, then revised following public comments.

So what is to be done to at least emulate Australia? Full transparency – proactive, not contingent on OIA requests - would serve several purposes: a better understanding among the public, building more trust with stakeholders, more robust analysis through peer review, and a stronger international negotiating position.


We all need sunlight for the Vitamin D essential to our well-being. Information is the Vitamin D of good climate change policy. So let the sunlight in!
Posted by Motu Research at 09:57