Clearing the air on methane 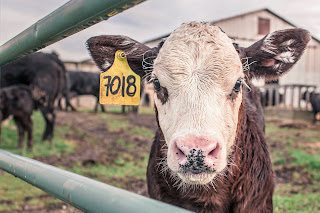 Agricultural emissions, caused in part by lots of cows and sheep burping, are responsible for around half of all of New Zealand’s greenhouse gas emissions. New Zealand faces “unusually high costs to cut greenhouse gas emissions” due to the large number of livestock in the country, or so the government is continuing to argue. With Suzi Kerr, I’ve just released a Motu Working Paper looking at methane emissions from NZ agriculture, which comprise 30% of NZ’s agricultural emissions (with 18% being from nitrous oxide), so it seems timely to look at some of the issues regarding methane, and hopefully clear the air on this confusing and complicated topic! 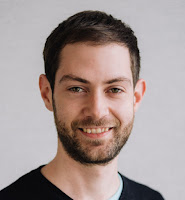 At present, New Zealand is very efficient compared with the rest of the world in producing meat and milk. This fact essentially means that less greenhouse gases are put into the atmosphere to produce a bottle of milk in NZ than anywhere else in the world. Fantastic, right? We can just rest on our laurels and not worry about making are farms more efficient?

According to our new Working Paper, resting on our laurels is probably not the best idea. As recent plunges in dairy prices show, NZ’s agriculture sector’s success is highly vulnerable to the ups and downs of the global market.

As efficient farmers, it may actually in the best interest of NZ farmers to have agricultural emissions treated like any other emission in a global agreement on climate change. To understand the reasoning behind this, it is useful to consider two worlds (and by world I mean The World, not just NZ!):


In World A, NZ and our farmers see no advantage relative to other farmers from producing low-emission milk and meat.

The findings from our paper (and modelling by Andy Reisinger and Adolf Stroombergen, which we build on) essentially follows this logic, and gives more details about the magnitudes of costs and benefits we are talking about. In our modelling NZ farmers have a slight preference for World A in terms of profitability given that they don’t have to pay for their emissions, but World B is close behind given the efficiency of our farmers. New Zealand as a whole is better off in World B relative to World A due to the lower overall cost of lowering emissions (according to Reisinger and Stroombergen).

Whether or not the world does much about agricultural emissions, the modelling suggests NZ farmers could benefit from global action on climate change, particularly around preventing deforestation and encouraging reforestation. This is because effective global policy on forestry would likely push up international prices for meat and milk. The dairy farm we modelled saw an increase in profitability in both World A and B, relative to a world where there’s no action on climate change (excluding the costs of damages from climate change); there’s just not as large an increase in profit in World B compared with A.

While the real world is of course more complicated than World A and B, the basic message is: the more NZ can convince other countries to put in place policies to reduce agricultural emissions, the better it is for the NZ economy and likely too for NZ farmers over the long term, especially as they become more efficient. There’s also the usual arguments about protecting our clean and green brand.

How can we do this? We have discussed elsewhere some of the ways to start reducing agricultural emissions in NZ – and farmers do currently have options to reduce their emissions, contrary to popular belief. If NZ starts to enact good policies to reduce agricultural emissions, we are more likely to be able to convince other countries to do the same. Good policy may include some transition assistance for farmers to help with policy implementation in terms of costs and getting buy-in from farmers, along with addressing any fairness concerns.

If we don’t follow the path to World B, we will be stuck using our agricultural emissions as an excuse for inaction and therefore give other countries the excuse to not reduce their agricultural emissions. In doing this, the cost for NZ is that we fail to exploit what is actually an advantage to us in a world that is desperately trying to reduce climate change emissions.
Posted by Ceridwyn at 16:45