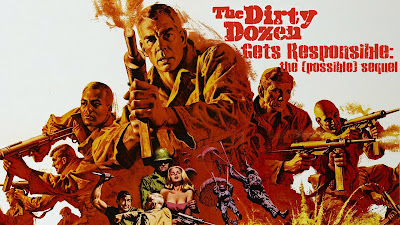 In the tradition of dramatic sequels, the Morgan Foundation has just released "Climate Cheats II," this time with a focus on the 'dirty dozen' NZ ETS participants who used the most 'hot air' Emission Reduction Units (ERUs).[1]

The issue at the heart of both “Climate Cheats” reports is vitally important: New Zealand must safeguard the integrity of its contribution to climate change mitigation and the operation of the NZ ETS. The environmental, economic and reputational consequences of doing otherwise would be severe. The past choices made by the New Zealand government and NZ ETS participants followed the letter of the law internationally and domestically but not the spirit of the quest for a stable climate system. Importantly, those choices have a troubling legacy in the form of surplus Kyoto units of questionable integrity and international status, and a large participant-held bank of NZUs.

I have three key points in response to "Climate Cheats II."

1. New Zealand didn’t cheat, but the climate got cheated by a global agreement with weak targets.


New Zealand did not break internationally agreed rules in meeting its Kyoto target for 2008-2012 and its acceptance of ERUs has been transparent. That New Zealand used proportionately more than other countries is less relevant than the question of why any countries were using them. By accepting collectively weak targets, all countries collectively cheated the climate of constructive mitigation.

2. New Zealand was not a lone wolf in accepting ERUs, and like others we can raise our future ambition. 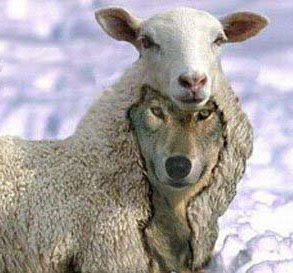 The NZ ETS was unique across ETS in accepting unlimited quantities of ERUs, but ERUs were still purchased by other governments and in constrained quantities by EU ETS participants. In fact, in practical terms [2] the EU ETS is still allowing trading of leftover ERUs and CERs – in swapped form – through 2020.  According to a European Commission media release, since March 2014, 411 million Kyoto units have been swapped for EUAs.  Of these, 218 million were CERs (of which 24.8 million were issued after 2012) and 193 million were ERUs.  Over 75% of the CERs came from China and almost 77% of the ERUs came from Ukraine.  Enabling banked Kyoto units to be swapped for higher-value EUAs constitutes government-sanctioned arbitrage which has benefited EU ETS participants at taxpayer expense. Sound familiar?

In the EU ETS, governments accepted the consequences of their past rules in order to maintain market confidence while improving their future rules:
How might New Zealand respond in kind?


It is important that any government response to this situation should maintain participant confidence in the rules governing the domestic carbon market. The government has no grounds to punish firms which followed previous rules. Those New Zealand firms that took the high road and avoided 'hot air' ERUs should be applauded and I hope that consumers and shareholders will give them credit where it is due. The reality is that more New Zealand firms may want to do the right thing by the climate but can’t because they have to compete against other producers on the basis of price and answer to their shareholders.

With further ETS reforms in place and fresh resolve from government, consumers and shareholders to demand low-emission alternatives, perhaps the final instalment of this trilogy can cast New Zealand's responsible producers in the role of climate action heroes.

The key lesson in all of this is that New Zealand’s carbon market is responding to price signals as it was expected to do – so it is vitally important for the government to set those price signals wisely and correct them quickly when needed.

[1] ERUs were the product of weak negotiated targets and economic downturn in Eastern Europe, Russia and Ukraine rather than mitigation action beyond business as usual. I explained the legitimacy but questionable integrity of ERUs and discussed the first Morgan Foundation report in an earlier blog.
[2] Even with quantity limits, over 2008-2012 the EU ETS generated a surplus of participant-held ERUs and CERs (some of questionable integrity) which needed to be carried over post-2012. Regulators opted to allow pre-2013 ERUs and CERs to be swapped for EU Allowances (EUAs) for trading in the EU ETS from 2013-2020. Swaps had to happen before March 2015.
Posted by Ceridwyn at 17:30