Forestry in the Emissions Trading Scheme 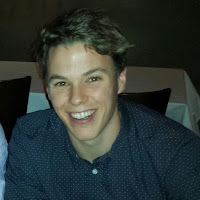 The New Zealand Emissions Trading Scheme (NZ ETS) is “the Government’s principal policy response to climate change”.[1] It has been operational since 2008; however, much of the information and data that is are necessary to evaluate its performance and model the future evolution of the ETS and its implications for meeting future targets haves not been publicly released by the government.

Earlier this year Motu requested information on:
MPI officials withheld information on the first point on the grounds that negotiations for these rules are still being finalised after the Paris agreement last year and that these are therefore sensitive. The information they provided is available on the Motu website.

They also could not meet our request for information on the proportion of NUZs in the bank that are attached to future liabilities. They did release new planting projections for the next decade, in which they predict a gradual increase in afforestation of “15,000 hectares per year by 2030” with a carbon price of $12.50-$25/NZU. This is broadly in line with other afforestation forecasts (e.g., Adams and Turner 2012, Manley 2016, and Kerr et al. 2012).

Motu has a forthcoming paper which includes a description of the incentives faced by foresters to join the ETS.[2] We hypothesise that larger forests and forests planted close to the time of (or after) the inception of the ETS in 2008 should be over-represented in the ETS. The data we received from MPI supports this hypothesis, with some interesting caveats. As Figure 1 shows, a much higher proportion of forest land planted after the ETS was introduced has joined the scheme (and other related schemes). However, it may be surprising that over 40% of post-1989 forest land planted before 2008 is registered under the ETS.

Figure 2 highlights that this includes large amounts of ‘smaller’ forestry plots that were planted in the 1990s.

It’s hard to draw definite conclusions given the limitations of these data; however, it appears likely that a significant number of small forestry owners who planted in the early/mid 1990s misunderstood the ETS incentives by registering.  For post-1989 forests intended for harvesting, the net long-term ETS crediting gains available to landowners accrue during the initial growth phase (typically about 10 years), with subsequent gains being reversed by later harvesting. This may have been due to poor advice from some forestry consultants. It would be hard for any of these ETS-registered forests to have received any credits that they would not have to pay back once they harvest.[3] It’s worth noting here that NZUs are not currently treated in New Zealand regulation as a financial asset, and as such don’t receive many of the protections for investors offered by the Financial Markets Authority (FMA).

———. 2016b. “OIA16-0176: Forestry ETS Data.” Response to an OIA request made by Motu. Ministry for Primary Industries. http://motu.nz/our-work/environment-and-resources/emission-mitigation/emissions-trading/emissions-trading-scheme-forecasting-data.


[1] http://www.mfe.govt.nz/climate-change/reducing-greenhouse-gas-emissions/new-zealand-emissions-trading-scheme
[2] Our paper also looks more broadly at the impact the ETS has had on forestry in New Zealand.
[3] Some small forestry owners may have made a speculative profit by selling their NZUs when the price was high and then buying them back at a lower price to meet their harvesting liabilities; however, it would have been implausible for any consultant or forester to credibly have predicted the NZU price movements.
Posted by Ceridwyn at 10:02