By Ralph Sims. Reprinted with permission from Carbon News

The Government’s plan to cut the emissions intensity from industrial heat generation  by 1 per cent a year is just business as usual, and will do little to achieve New Zealand’s Paris Agreement commitment.

Ralph Sims is Professor of Massey University’s School of Engineering and Advanced Technology, an IPCC lead author and consultant to the International Energy Agency. He is an expert on renewable energy deployment and policies, distributed energy (including smart grids), biomass supply chains and bioenergy conversion, biofuels for transport andclimate change and renewable energy scenarios.

There is a major disconnect between New Zealand’s international commitments under the Paris Climate Agreement and the recently released draft for consultation of the NZ Energy Efficiency and Conservation Strategy for 2017 to 2022.

This is surprising, given that our Minister of Energy and Resources and Minister of Transport, Simon Bridges, is also the Associate Minister of Climate Change Issues.

We know there is strong evidence to show we have moved into the Anthropocene (a new geological period resulting from the “great acceleration” of human activities and their numerous impacts) and that year after year, the world is warming, the ice melting and and the sea level rising.

We know New Zealand’s nationally determined contribution target of 11.2 per cent reduction in greenhouse gas emissions below 1990 levels is seen to be relatively unambitious.

We know that even if all the NDCs from around 190 countries are fully implemented, then they will put us on a pathway to a future global warming of around 2.7deg to 3.4deg  above pre-industrial levels. This is far above the internationally agreed maximum of 2deg and the likely greater impacts on the planet will be enormous. 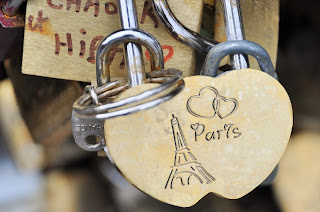 We know that, as a result of this gap between the NDCs and the 2deg target, all economies, including New Zealand, have been requested by the UNFCCC to be far more ambitious with their current NDC targets.

We know the New Zealand Government is hoping to purchase carbon credits from overseas to partly offset our emissions (although there has yet to be international acceptance of the rules for such carbon trading under the Paris Agreement, and the possible sources, volumes available, and future price per tonne are unknown).

We also know there are many opportunities for New Zealand to do our “fair share” as a global citizen, by reducing our domestic GHG emissions across all sectors (though the cost per tonne of carbon avoided and the value of the related co-benefits achieved are not always known and additional analysis is required – as outlined in the recent Royal Society mitigation report.

Therefore, the weak targets as outlined in the consultation draft of the EECS make little sense if we are seriously attempting to contribute to the international community working together to combat global warming.

Minimal goal
It is good to see in the draft that electric vehicles should continue to increase their share of light duty vehicles, but reaching 2 per cent by 2022 is a minimal goal, given around one-third of the car fleet will have reached the end of their life in six years’ time.

In addition, no mention at all is made of targets for E-scooters, E-buses, or pedal-assist E-cycles.

It is also good that fossil fuel combustion to meet the demand for heat for industries is finally being given the emphasis it deserves, now that electricity can be largely ignored given it is heading towards 90 per cent renewables regardless of any need for government intervention, since it is being driven by the market recognising the competitive levelised cost of electricity coming from geothermal, wind, bioenergy, small hydro and solar under various circumstances. 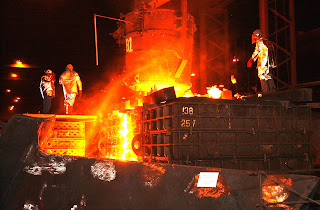 There are also several low-carbon solutions to meet low and medium temperature heat demands (such as heat pumps including ground-source, other electro-thermal technologies, solar thermal, biogas, wood pellets, etc) and there have been many successful high-temperature, woody biomass-fuelled, combined heat and power bioenergy plants operating for decades in Scandinavia, Austria, the United Kingdom, the United States and elsewhere – the largest being around 400MW(electric).

So these could be considered by Fonterra and other small and large companies still relying on fossil fuels.

Yet the target outlined in the draft EECS is only for the industrial heat emissions intensity (CO2-e emission reduction of an industry sector divided by real GDP) to continue to reduce by 1 per cent per year on average between 2017 and 2022.

This can only be described as totally unambitious, given that 1 per cent has been the same annual rate of decrease for the past 25 years. This is simply business-as-usual!

What’s more, no policies to drive a more rapid rate of GHG emissions reductions are mentioned. The ETS is still under review, but will probably remain highly unlikely to drive up the price of carbon sufficiently to have any impact on fuel switching by industrial heat consumers currently using coal or gas.

Opportunity missed
So, introducing policies to encourage the uptake of low-carbon heat, as have been successful elsewhere, should be considered.

Overall, once again, the opportunity to drive down our domestic GHG emissions in order to help meet our NDC target, reduce the need to rely on purchasing costly carbon credits, gain the many co-benefits on offer such as local employment and providing social support for rural towns and communities, is being missed.