Designing a Climate Commission that works for New Zealand

Catherine Leining from Motu Economic and Public Policy discusses today's release of the Zero Carbon Act Report from the Parliamentary Commissioner for the Environment.

Climate change has been described by Lord Nicholas Stern as the greatest market failure the world has ever seen, but it could just as validly be described as the greatest governance failure. Short-term election cycles and under-resourced departments are poorly suited for managing risks that accumulate over generations and policies imposing near-term, local costs in return for long-term, globally distributed benefits.

New Zealand’s Parliamentary Commissioner for the Environment (PCE) has released a report that addresses part of the solution: legislating emission reduction targets and establishing an independent Climate Commission. These are both components of the government’s Zero Carbon Act which is under development. 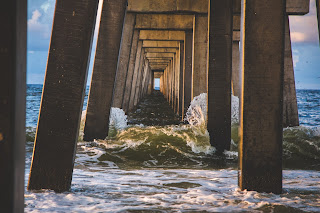 The PCE proposes the Commission advise the government on:


The model draws heavily from the experience of the UK Committee on Climate Change (UK CCC) but reflects differences in context between the two countries.

Three particularly valuable aspects of the PCE’s model are worth emphasising:


The report implies that, like the UK CCC, the Commission should focus its advice primarily on targets and budgets, leaving policy prescriptions to the government. It recommends the Zero Carbon Act make the government accountable for its policy response to enacted emission budgets within a specified time frame. The government would then conduct interim reviews of policy implementation three years after each budget is adopted.

The report highlights the New Zealand Emissions Trading Scheme (NZ ETS) as a case in point. It suggests the government should make decisions on unit issuance and free allocation, but could be required to request advice from the Commission before doing so. This is broadly consistent with the recommendations for independent advice in Motu’s report on reforms to the NZ ETS.

The report touches on other tricky issues The report includes interesting reflections on the challenges of setting emission reduction targets and budgets in the New Zealand context. New Zealand’s mitigation strategy needs to address both long-lived greenhouse gases – namely carbon dioxide and nitrous oxide – and shorter-lived methane. The report suggests while all three gases need to be reduced, the government could consider different targets or treatments for long- versus short-lived gases, which could have implications for what “net zero” ultimately means for New Zealand. The report recommends targets be legislated in stages so that they can be informed by the Commission’s technical advice.

The report also gives brief consideration to the institutional needs for managing adaptation risks. It recommends the Zero Carbon Act provide for regular national-level adaptation risk assessments and a national adaptation strategy. However, it does not indicate whether the Climate Commission should advise on these matters. These matters would largely involve different types of issues and require different skill sets.

Capability comes with appointing Commissioners with diverse expertise and resourcing them adequately and reliably across budget periods.

Credibility is only possible by maintaining independence from government and having clear terms of reference defined in legislation. In addition, we need: 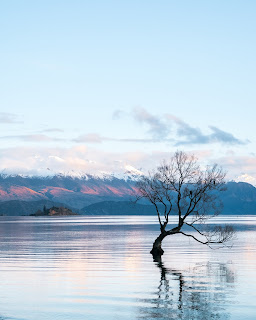 Influence is critical. Sound advice is useless if no one acts on it. The UK CCC has worked well so far in influencing government decisions on targets and budgets while they have been relatively easy to achieve, but it will be tested as emission budgets tighten. There is a growing gap between the UK’s mitigation policy response and the recommendations of the UK CCC (as discussed by Carbon Brief).

As the PCE’s report rightly points out, “There is no easy way to compel governments to act in a way that is consistent with budgets.”  No legislation or commission can – or should – bind future governments. That would undermine democracy and adaptability. Binding future governments is the job of the public. Public support is the fuel that fires cross-party consensus, policy continuity across election cycles, and strategic low-emission investment.

A Climate Commission will be effective only if it is part of a broader institutional framework integrating technical advice, consensus on goals and strategies, and collaborative action. It will also need to leverage the expertise and resources of the private sector, research institutions and civil society. More thought is needed on coordinating and resourcing these supporting activities inside and outside of government.

The Commission’s terms of reference could include matters not explicitly defined in the PCE’s recommendations. For example, New Zealand’s Climate Commission could advise on: 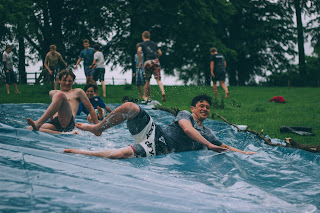 The UK’s legislation requires politicians to set longer-term emission budgets at least 11-1/2 years in advance. It capitalises on the fact that difficult decisions are more palatable to politicians when their costs fall on future administrations. However, New Zealand does not have the luxury of deferring ambitious mitigation investments for a decade. As a country, we need to evolve into making difficult decisions and having the courage to act on their implications immediately.

As New Zealand contemplates design options for a Climate Commission, it should also look beyond the UK for useful insights. Australia’s tumultuous experience with its Climate Change Authority and Climate Commission certainly offer food for thought about the perils of politicisation.

Our political institutions are failing to safeguard the welfare of future generations who will inherit a badly damaged climate system unless we shift urgently toward low-emission development. Implementing an independent Climate Commission that delivers capability, credibility and influence will be an important step in the right direction.